Title (as given to the record by the creator): Get Your Foot Off My Neck: Fat Liberation (Pride Speech Boston 1986)
Date(s) of creation:  1986
Creator / author / publisher:  Judith Stein. Speech given at Boston’s 1986 Lesbian and Gay Pride celebration, June 14. Published in Gay Community News, “Speaking Out” column, June 28, 1986, page 5.
Physical description:  A black and white scan of a horizontal, typed newspaper page in two columns.
Reference #:  JudithStein-GetYourFootOffMyNeck-BostonPrideSpeech1986
Links:  [ PDF ]

Get Your Foot Off My Neck: Fat Liberation (Pride Speech Boston 1986)

The lesbian and gay community has bought the entire package of lies about fat people. We think there’s something wrong with being fat. We think that being fat is never as good as being thin.

I have four minutes today to undo a lifetime of lies. Fat people are still the butt of jokes. But fat oppression is no laughing matter. Fat oppression kills fat people. It kills us through repeated diets which fail 98% of the time and leave us weak and sick. It kills us through surgeries which cut out or rearrange our intestines or stomach can leave 10% of us dead on the operating table. But most often fat oppression kills us slowly, through constant harassment by strangers on the street and our friends and lovers telling us that we are just not good enough as we are. You say “If I tell you to lose weight, it’s for your own good.”  I say “For my own good, get your foot off my neck!”

If we are victims of homophobia, we know where to get to support. But fat lesbians and gay men victimized by fat oppression cannot run to our community for support – because our community has embraced the very attitudes that are killing us.

Real value in our community is still based on how we look. We may have changed the standards a bit, but don’t think for a second that our community does not have standards of how we are supposed to look. We’ve tossed out Barbie and Ken as role models, but in their place we idealize the hot number, the butchy hunk, or the tough little Amazon. And our ideals are never, ever fat.

It’s long past time for our community to get rid of the myths and attitudes that oppress fat people. Fat lesbians and gay men have given years of effort and tons of energy to the struggles for gay liberation. We are not just tireless co-workers, or good companions, or sympathetic listeners. You do not “just happen” to find fat people unattractive. You were taught to be a bigot!

If Lesbian and Gay Pride is about self-love and self-respect, then it must include every one of us. Fat lesbians and gay men will no longer be second-class citizens in our own communities . Not only are fat people energetic, talented and intelligent – we are also hot numbers, gorgeous Amazons and sexy lovers! Some of you have the good fortune to know this first hand!

For the rest of you, it’s past time for change. Get rid of another chunk of the lies you were taught by our oppressors. Whether we are fat or thin, the only thing we need to lose is ignorance. Then, and only then, can we move forward together.

“Speaking Out” is part of our continuing effort to provide a true forum of opinion for the community. We encourage you to send your ideas, feelings, and comments to us and we encourage you to respond to any ideas expressed in this space. Submissions to “Speaking Out” should be TYPED and DOUBLE SPACED, and, if possible, held to under 5 pages in length. The GCN staff collective reserves the right to limit length and numbers of signatures in “Speaking Out.” The opinions expressed in “Speaking Out” do not necessarily reflect the views of the newspaper, the staff, or the advertisers. Write c/o Speaking Out, GCN, 167 Tremont St,, 5th Fl., Boston, MA 02111. 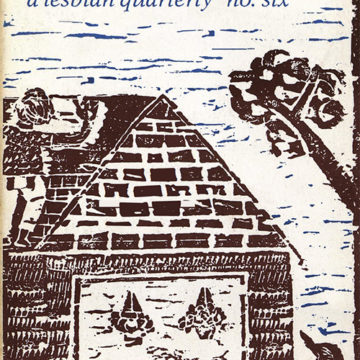 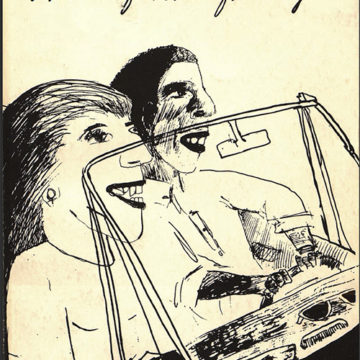