[Image description: a large black and white photo of 5 smiling fat queers, a range of skin tones from dark to light, posed in a vertical column, one behind/above another, with their hands in different positions. They are all wearing black and the background is black, so the light reflected off their skin is what we see. The top three have their arms at different levels of outstretched, and the lower two people have their hands in front of them, and the visual effect is that they’re shaped a bit like a tall, pointy evergreen tree and its trunk.]

[Image description: a large black and white photo of 5 smiling fat queers, a range of skin tones from dark to light, posed in a vertical column, one behind/above another, with their hands in different positions. They are all wearing black and the background is black, so the light reflected off their skin is what we see. The top three have their arms different levels of outstretched, and the lower two people have their hands in front of them, and the visual effect is that they’re shaped a bit like a tall, pointy evergreen tree and its trunk.]

Laid out to be mailed, with a non profit postage mark in one corner, a return address in the other, with some text under it.

Luna Sea is a multucultural/multiracial women’s arts non-profit organization run by and feature art of queer womyn of color and lesbians. We are a community based theater, performance space, and art gallery dedicated to supporting and illuminating the great diversity of women’s artistic and creative expression without censure and provide a mich needed alternative space for women of color and queer women’s art that is traditionally silenced by artistic, economic racist and sexist censorship.

Call for Lesbians of African Ancestry for the January show Sistah Speak. Call for info.

Call for 2 Howl-o-ween Womyn Strippers. Get into the show free.

Audition Wed. Nov 13, 7pm for lesbian/dyke identified performers who are partners {or former partners) of Trans Men or Womyn for March show at Luna Sea.

Audition Wed. Dec 11, 7pm for 6 (4 womyn of color, 2 European ancestry) lesbians/Dyke performers for a show that will explore the Intersections of race, class, size and culture. April show.

Call for plays for Fifth Anniversary DykeDrama Festival 2003 next summer. looking for short plays (less than 20 pages) by and about Dykes. Call for exact details. Deadline December 15.

INTERNSHIPS: Thanks to a grant from The Women’s Foundation Sisterhood Fund Luna Sea is offering a Queer and Questions Young Women’s Theater Production Internship/Mentor Training Program. Applications are now available for women 16-25 for training in the following areas: Stage Management & Videography. Call the office for app. Deadline is Oct 15.

A Little About LUNA SEA

[ID: a small headshot of a light-skinned woman with long dark hair and long earrings, smiling at the camera.]

October marks my fourth anniversary as Executive Director of Luna Sea. I am so blessed. Thank you all for your love and support. Wow, it’s an exciting time at Luna Sea. So many amaz­ing and talented performers! Good News: The cast of Fat Fuck from the DykeDrama Festival are pertorming at LadyFest East in September; Karen X is going to be performing in NY at the Wow Cafe in October; Lisa Cohen is releasing her first CD Oct 19 at the Julia Morgan Theater (www.lisacohenmusic.com), and the cast of TransMen Tell Their Tales will be performing in Sacramento in November. Congrats to all of you!!!! More Good News!: We received a generous grant from the SF Arts Commission’s Cul­tural Equity Initiative to fund our Marketing and PR program for next year’s 10th Anniversary of Luna Sea and 5th Anniversary of the DykeDrama Festival.

We are honored for powerful firsts at Luna Sea this quarter: the TranSisters show is the first transwomyn show here; Generous Portions, is our first fat dyke/queer show! Yeah! Talented performers and GREAT shows. Show your support!

Luna Sea still needs your financial support in order to keep our doors open and pay our rent! Remember that your donations are tax deductible. Give whatever you can to keep Luna Sea alive and growing. Thank you for your support & love.

[ID: Events calendar in three columns, each event accompanied by photos of posing or performing cast members who are dykes, lesbians, queer and/or trans, and a variety of races, genders and ages.]

Tunesmith
Women Songwriters In the Round

Oueereosity is a show featuring young queer and questioning womyn. It’s a creative conglomeration of original pieces that explore who these young womyn are, what they are made of, and what exactly they have to offer the rest of the world. Come see this dynamic show and find out what’s the query on the minds of queer and questioning young womyn these days. The show includes the work of [redacted], Heather Acs, J’aimes, Melisa Spence and Celeste Pearl. Directed by Claudia L. Vierra Allen and Intern [redacted].

The Vile Jelly Theater presents:
Jones and His Wives

An original, one act impressionist puppet opera about a humble country man who takes a boat trip to the city with his two wives. The show features music  by Kevin Caulfield, as performed by the Vile Jelly Orchestra, and puppets by Gael Kanievsky••. Come experience a newly expanded production of the show that originally appeared on Valentine’s day at the Odeon in San Francisco, and features such songs as “We Are Mrs. Jones,” “Today My Wives Will Be City Girls,” and “Here I See My Two Mrs. Joneses.” Four singers will operate Gael’s beautiful and disturbing puppets in this play of life and nature, which also features some spectacular backdrops created by Kevin Harris.

••Gael Kanievsky is one of the two founding members, & the principal artistic director for Vile Jelly Theatre. She directed the production of “Jones And His Wives,” based on her original story idea, which was put to words & music by Kevin Caulfield. Gael has been making puppets & designing sets for Vile Jeffy since 1996, & during that time her puppets have evolved into the unique, sophisticated mechanical creations used in “Jones.” Her works are informed by Japanese Bunraku puppetry, as well as European models, but the design is distinctly her own. Gael has lived in San Francisco and worked in local theater for a decade, including work at Berkeley Rep and ACT. “Jones And His Wives” also features Kate Rix, Michaela Conway and Andy Cowitt as the Jones family, and Jean Jeffress plays the trumpet.

Luna Sea is celebrating her ninth year of great productions. Amazing performers have been on our stage this past year. We thank them all and thank you for supporting Luna Sea. Join us for this year’s anniversary show with a sampling from this years’ fine sea­son. The show stars: Poets Robyn Brooks and Lucky 7 from their show Two Styles One Love. You will be moved deeply by these two womyn’s words and heart.

From the 4th Annual DykeDrama Festival, Pussy Envy, written by Trish Cole and directed by Claudia L. Vierra Allen. This comedy is an exploration of jealousy, rivalry and covetousness sparked by the pussy, starring Melisa Spence, Oneida Chi & Jessica Israel. Also from the DykeDrama Festival, Butterfly, written by Trish Cole, and directed Claudia L. Vierra Allen. This chilling powerful play about a mother’s tragic inability to cope with her child’s transformation from a little girl to dyke to FTM will touch you to your core. Yolanda S. Vierra Allen, J’aimes and [redacted] star in this unforgettable story.

HearthRhythms DrumChoir, founded and directed by California Artist In Residence, Yolanda S, VierraAllen performing traditional Congolese rhythms. The DrumChoir is made us up students from Yolanda’s classes that were sponsored by Luna Sea during 2001-2002.

Tunesmith: Songwriting Women in the Round began this year under the direction of Lindasusan Ulrich. It is a quarterly performance of women singer/songwriters featuring new and emerging artists. The Anniversary celebration will feature Lisa Alice, Kat Barnes, Lindasusan Ulrich and Reba Hasko.

This is the fifth annual Chutz­pah featuring the talent of Queer Jewish performers. The program was started under the direction of Dana Schneider. Ali Cannon has continued the coordination of the project. This year’s show will continue in the tradition of the past. It’ll make you laugh, cry, remember and push your boundaries of what it means to be queer and Jewish. 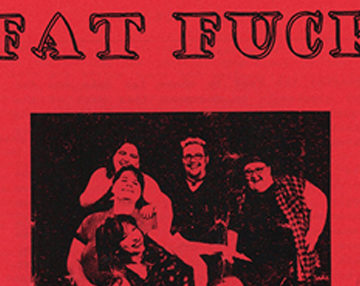 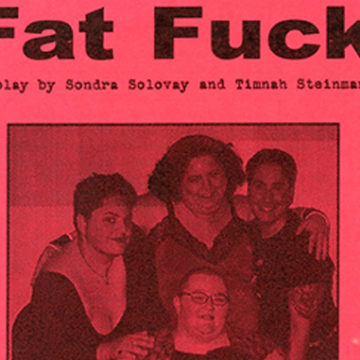 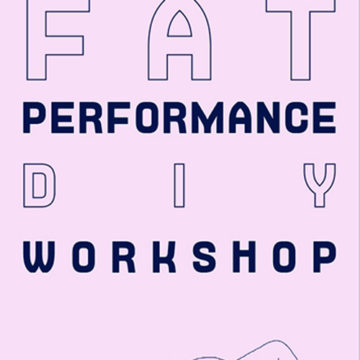